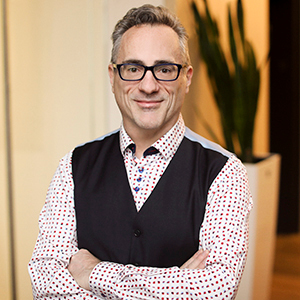 About Paul
Paul Cole entered the world of real estate in 1987 while still an NYU undergrad. His focus was narrow, working exclusively on condo and co-op conversions in Manhattan. Over the years his real estate expertise has grown not only in depth, but in breadth. He has worked as a mortgage broker (11 years), a mortgage underwriter for multiple credit unions and private lenders (13 years), been a frequent direct mortgage lender, been a real estate investor, a co-op board member, a real estate educator and speaker. In 2007 he returned to sales by teaming up with his already successful wife, Kelly Cole. The Cole Team quickly became a top ranked and award-winning sales team at The Corcoran Group where they would remain until moving to Compass in 2020, now a team of 6. Paul is also on the Executive Committee of the Board of Directors for Actors Federal Credit Union with which he has been associated since 1995. He also continues his consulting work and speaking engagements.

Paul believes that much of his success is the result of spending more time doing his job and less time talking about it or himself. Many in real estate today have succumbed to the Great Distraction of incessantly Tweeting, dishing out prepackaged spam, becoming YouTube stars, etc. Paul prefers to continually expand his own professional development so that he may be of greater value to sellers and buyers like you. His workday consists primarily of spending his time, energy and expertise on you….and getting your home bought or sold. Not on self-promotion.

A lot has changed since Paul first stumbled into a real estate office in the West Village looking for a job. Immeasurable are the benefits and opportunities that technology and social media have provided to both the real estate professional and consumer alike. What has not changed is that buying or selling a home can be a complicated, stressful, costly, exhilarating life event. It is about people like you who want a modern home buying or selling experience AND the advantage of a seasoned, knowledgeable, human being calmly and expertly guiding you to the best outcome possible during this life event. The greatest tools in the industry (Compass) and specialists with a proven track record (Team Cole) and great results (Sold). You deserve this.

Some other stuff you may find interesting about Paul, but probably not. He is originally from NJ (not the ugly part) and has lived in Manhattan since 1983. He was a classically trained dancer (NJ Ballet) and a musical theater/Broadway performer. He met his wife when they were both cast in a production of A Chorus Line. His shirts are often too loud. He and Kelly have a weekend home in Milford, PA. He hates olives….and no, he cannot change that. He has never written a book.