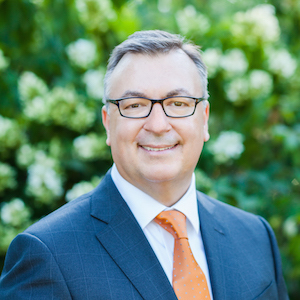 His transition into the residential real estate business from the luxury hotel business was a natural progression — he used the skills he developed as a resort director to quickly establish himself as a Realtor with an eye for detail, expertise in preparing properties for sale and talent for using strategic to maximize exposure, value, and profit.

He employs his analytic acumen when working with buyers, keeping them informed and competitive all times. And he is committed to being a careful listener and his clients’ biggest advocate; their goals become his goals. Whether he is working with buyers or sellers, his approach remains constant, thorough and hands-on with an unwavering drive to support their success and exceed expectations.

Paul began his hotel career working for the Willard Hotel in DC, and later spent nearly two decades hotels and resorts around the world, including properties in Hawaii, Qatar and Egypt. On assignment in Bali, he ended up falling in love with the island and staying for 20 years.

A frequent traveler and entertainer, Paul is an avid and adventurous cook who thinks the more complicated the recipe, the better. He currently lives in Petworth.