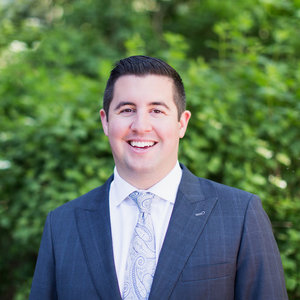 phillip.macarthur@compass.com
M: 978-491-8510
About Phil
Phil MacArthur is a founding member of the Burbs to Boston real estate team. Click here to see their exclusive listings.
Phil has built his business by providing meticulous and personable service to his buyers, sellers, and investors. While he has been the #1 Listing Agent in the Seaport District from 2015-2017, his success emanates beyond Fort Point Channel as he has successfully negotiated transactions throughout the city in premier luxury buildings including The Clarendon, 22 Liberty, and Millennium Tower, to name a few. Phil was selected to serve a two year term on the prestigious REthink Council during his time at Berkshire Hathaway HomeServices and most recently, Phil and his business partner Sarah Mooradian were named "Who’s Who 2017" in Boston Agent Magazine.
Phil has emerged as a leader in the industry, dedicated to innovation, and possesses a stellar work ethic. In 2016, he and colleague, Sarah Mooradian, recognized that their independent skills complimented each other well and their real estate team, Burbs to Boston, was created. Their growing team has assisted empty nesters looking to down-size from their large suburban homes and move into the city as well as expanding families that need more space and are heading in the opposite direction.
When Phil is not working you can often find him a golf course, traveling, reading or hanging out on Gloucester's Wingaersheek Beach.