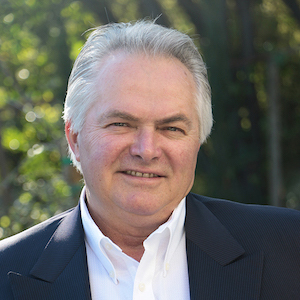 About Pierre
It might have been by accident that Pierre Buljan began a career in real estate, but his success in the business has been no mistake. It’s his passion, vibrant personality and deep industry knowledge that has propelled Pierre’s 40-year career selling luxury homes and famous Bay Area estates to many of the wealthiest families in the world.

Pierre came to the United States from France when he was 14 years old; his family planting their roots in Burlingame. While attending Burlingame High School, he fell in love with Burlingame and neighboring Hillsborough, vowing to call this area his home.

Pierre considered law school, a military career and a vocation in hospitality, before pursuing real estate thanks to a family friend Al Russell with Russell Real Estate on Burlingame Avenue, who thought his talents would be best served by real estate. Pierre discovered an immediate connection to the industry and quickly excelle, because of his magnetic personality, his keen sense of assessing property value, and his emphasis on attentive customer service.

Pierre has sold countless lavish estates and homes throughout the Peninsula, including many landmark properties that, at the time, broke records as the most expensive sold in Northern California. He was behind such notorious sales as the Tobin Clark Estate, the Christensen Estate and twice the Carolands Mansion, solidifying his flawless reputation as the trusted agent.

While he prides himself on being able to identify the exact price of a home by a simple drive by, it is Pierre’s inside knowledge of each property – when it was built, who owned it, and what happened on each property – that makes him a true leader in residential real estate from Millbrae to Menlo Park.

Pierre speaks three languages and has lived on the San Francisco Peninsula for nearly five decades with his wife Liz, also the Buljan Group administrative coordinator. Together they have two sons, Alex and Christopher.