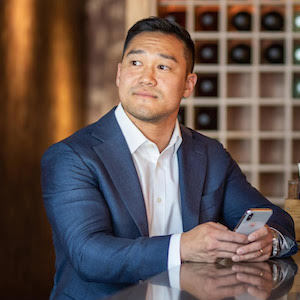 Robert Song is a Bay Area native, through and through. He was born and raised in San Francisco until moving to Alameda 15 years later. He spent the next decade from Alameda, to San Leandro, and Hayward, where he finally settled into Pleasanton. Together with his wife Sophanna, his 10 year old son Rylan, his 7 year old daughter Chloe, and his “kids” Doberman puppy Ginger, they have enjoyed and called Pleasanton home for the last decade.

Between his still existing close ties in San Francisco, to his living and real estate experience in nearly every single Bay Area city, it has provided him with a unique perspective that’s rarely available in another professional. He’s had numerous luxury transactions from San Francisco to Silicon Valley, to the Peninsula, the Tri-Cities, and of course, the Tri-Valley.

With an eye for marketing, attention to even the smallest details, a tremendous passion to see others succeed, and his unrivaled personal approach to his clients, Robert has set numerous sales records across many of the Bay Area’s most expensive and competitive cities. He makes it a point to make sure his clients understand they are not just another buyer or seller statistic. Robert approaches each and every client’s situation as unique, with specific needs and expectations that he believes is his responsibility to exceed.

This personal philosophy shows up where it matters most, in the final result. Robert Song routinely breaks price per square foot records and sales price records for his sellers, and negotiates great purchases for buyers even in hot markets. This happens through expert and experienced negotiation techniques he employs for buyers, launching intuitive and effective marketing strategies for properties of his sellers, and his unparalleled attention to detail. He ensures every detail is done right, and in the best way possible.