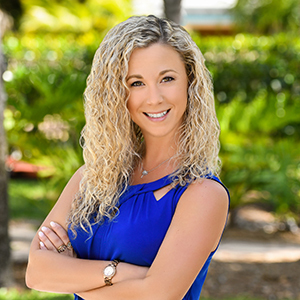 About Royce
Royce Nelson is a licensed real estate agent in Florida and California. Born and raised in Los Angeles, she was exposed to many different facets of real estate from an early age. Her mother was an agent for over 30 years, and she has watched her Father build his thriving business as an owner of large apartment buildings. Royce has lived in Florida on and off for the past five years and loves that South Florida Life!
Prior to real estate, she worked as a professional singer touring with bands opening for big-name acts, performing on cruise ships, and recording in the studio. Today she is the Director of South Florida's Premier A Cappella Group "Treble In Paradise." They perform at city events and volunteer at assisted living homes. In addition to singing, she is also an avid boater cruising the Fort Lauderdale waterways.
As an agent, she has handled countless transactions allowing her to utilize skills from her background in the entertainment industry as well as her family’s background in the real estate business.
She is thrilled to have joined The Vicci Read Group at Compass Fort Lauderdale working alongside one of the best in South Florida luxury home sales.