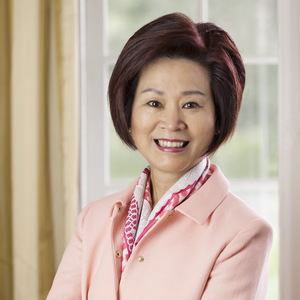 Sabrina Wu began her 25- career as a real estate agent in 1993. Since then, she has built an impressive track of One Billion + in her total listings and sales volume. Despite her tremendously successful career, she is nonetheless, as noted by those around her, remarkably sincere, honest, and down to earth.

Born and raised in Xi-Zhi, Taiwan, Sabrina grew up engulfed by nature in the countryside. She left her hometown to pursue higher education in the US, and eventually earned a B.S. in Business Administration and M.B.A. from the University of Kansas. Immediately after graduation, Sabrina worked for a major oil company for two years. She then joined the banking sector, managing one of the bank’s branches in Southern California. The banking years have brought forth in her an acute sensibility with money and finance, which proved to be handy later in her real estate years.

As early as 15 years before her official start as a real estate agent, Sabrina already exhibited potential in property management when she was a Partner and Developer of apartments and condominium projects during the late 1980’s.

Sabrina is an amazing performer; because of her professionalism and impeccable standards of customer service, she enjoys the confidence, respect, and loyalty of all of her clients. She has the strongest work ethics and can charm the most difficult clients. She has earned great respect among her peers, not only in her office, but in the entire local real estate community.  Her hard work, dedication, and thorough professionalism have resulted in many returned clients, referrals, and the admiration of those who work with her.