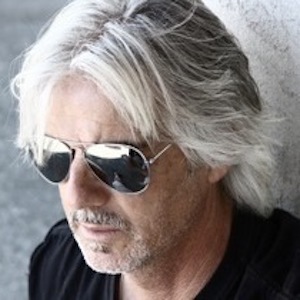 ★★★★★
"This is absolutely the smartest and hardest working real Estate broker in the country . Having owned and sold many homes , I have never seen someone sell a home like Sam. Knowegable , sells every detail of a home to bring the most money and no one out negotiates Sam,,,,No ONE"
- Billy

Instilled with an innate enthusiasm that’s palpable upon meeting him, it’s no coincidence that Sam Anagnostou has cultivated a referral-based business built entirely on his name. Admittedly, it’s not one you’ll likely forget. A San Francisco native bolstered by deep ties to the community he calls home, Sam has spent nearly four decades serving the brilliant people he’s fortunate enough to call neighbors.

Driven by a passion for helping folks become homeowners after being told it’s not feasible, Sam has an uncanny ability to make the impossible, well, possible. Proactive in his approach, it’s no surprise the veteran agent possesses a 35-year track record as a top producing Realtor. Not only does he offer matchless knowledge of construction and remodeling, but he’s equipped with a natural gift for reimagining ordinary homes as extraordinary residences.

Proud to play an integral role in revitalizing downtown Redwood City, Sam is abundantly aware of the employment opportunities the city’s growth has provided. Naturally, he’s instilled the same sense of service in his sons, George and Panos, who joined him at the helm of the Anagnostou Team in 2020. The dynamic trio forms a powerhouse team that operates with the same sense of purpose that launched Sam’s career over 37 years ago.

A uniquely charismatic Realtor who is unfailingly devoted to his local community, Sam has an abundant appreciation for the tranquility that his Atherton enclave provides. An outdoorsman at heart, you may have seen him surfing, carving through the canyons on his motorcycle, or boating with his boys, George and Panos. Stop and say hello next time. If you haven’t met the Anagnostou clan yet, it’s only a matter of time until you do.