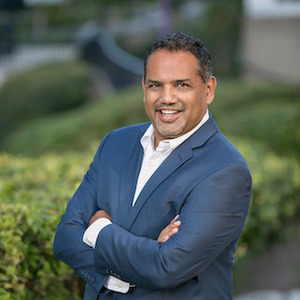 "I started corresponding with Sam years ago when I first considered selling. He took the time to answer my questions. I was impressed by his energy, professionalism and integrity. Now I am glad I followed his advice. I had multiple offers and sold for more than my asking price. Sam has a knack for print and internet marketing. He took the time to present my property in the best light and buyers responded. Sam has impressive communication and technical skills. He maintains valuable relationships with his colleagues in real estate. He's knowledgeable, patient and good at explaining things. I highly recommend his services."

"I was referred to Sam by my probate attorney. My first impression was that he was very warm and personable. I am so grateful for Sam's help during the process of selling my Uncle's home. I live out of state and Sam stayed in touch, kept me informed, and was very patient in explaining the process. He was very proactive in making sure I knew what to expect every step of the way. He was always there to answer my questions and make sure things stayed on track. My Uncle's house sat vacant for well over a year while going through the probate process and it was not in the best of shape. Sam was very optimistic which made me feel encouraged that it would sell. The sale closed today!! I would recommend Sam to anyone looking to buy or sell. Thanks Sam! " - Michele

"I planned to move to Texas and had to sell my house Fast! Sam was absolutely a blessing to me. He was amazing and sold my house in one open house day and got me more money for my house than I was expecting. Sam took away all my fears and worries. If you are in need to buy or sell a home I would 100% recommend The XAVIER AND XAVIER Team either Sam or Bindu. They will be there for you. Both Sam and a Bindu are more than a five star rating. They are better than that. Thank you Sam for you love and support. You are now a friend for life!" - Frances

"I highly recommend Sam and Bindu Xavier in the field of Real Estate, especially their knowledge of Trust and Probate Sales. If you looking for a dynamic duo to help guide you through the listing and sales process look no further…You found the perfect team to hire!" - Morry

"Thank goodness for Sam and Bindu, within a week the house sold for more money! They did a fabulous job in marketing and selling Dieter’s South Redondo Beach Home!" - Dieter & Dottie

About Sam
Sam is a 18 year seasoned real estate veteran and has sold over 400 homes throughout his career which began back in September 2004. Sam specializes in assisting traditional Sellers list, market, and sell their homes or investment properties, getting his Sellers the highest exposure possible in both print and online advertising.
Sam is a South Bay Area and Palos Verdes Specialist and has represented hundreds of satisfied clients purchase and sell residential properties throughout the Greater South Bay and Palos Verdes Area! Sam knows the South Bay and has completed over 6500 Broker Price Opinions - BPO’s. Sam accurately determines the current market value for Sellers looking to list their home for sale!
In May 2020, Sam and his wife Bindu joined Compass after a 15 Year Career at National Franchise Brokerage. Sam heads up the Xavier and Xavier Team and his office is located in West Torrance at 21250 Hawthorne Blvd, Ste 750.
Prior to his career in real estate Sam has held various regional outside sales positions at numerous computer manufacturers selling servers, storage devices, and memory. His career in outside sales began after college in 1988. Sam holds a Bachelor’s Degree in Business Administration with a Marketing Major from Adrian College in Adrian, MI.
He grew up in a small rural farming town in Southeast Michigan and has lived up and down the East Coast until he moved to Hermosa Beach in 1991. In 2014, Sam founded the Redondo Beach Referral Networking Group (RBRNG) a local FREE networking group for local business professionals!
In his spare time, Sam volunteers at his daughter’s school Redondo Union High School and is an active PTSA Member. He enjoys golfing, snow skiing, biking, and traveling the world! Sam was initiated into Elk’s Lodge 1378 of Redondo Beach in March 2016 and is the proud father of his son, Sammy and daughter, Briana He is married to Bindu Xavier, Co-Founder of the Xavier and Xavier Team. Bindu is a full-time award-winning Compass Realtor and they reside in South Redondo Beach. Visit us online at www.xavierandxavie.com to learn more about us! You can also search for your next dream home or get an instant market value for your home in today's low inventory Seller’s Market!