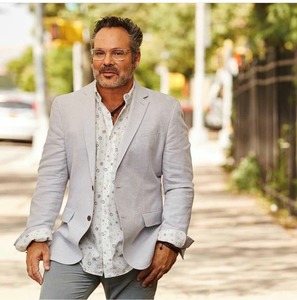 The City of Sky-High Rent

Applying for a Condo Mortgage? Don’t Forget the Common Charges

‘Friends’ premiered 24 years ago today: Here’s how much that crazy NYC apartment would be worth now

The Elm Project Counselor and Mentor

Volunteer at Big Brother/Little Brother, Camp AmeriKids and speaker at Career Days for Middle Schools on the Upper East Side and Bushwick, Brooklyn

"I am a first time home buyer and I was super anxious about the entire process. Scotty guided me perfectly through each step, is patient yet persistent. He has a style that is amicable, calm, and he is quite easy to work with. He is always available to help with even the smallest question or problem. I am so glad that I had Scotty to guide me through the process. He is terrific!."

About Scotty
Scott has over 15 years of experience in the real estate business, Scott has established a successful career as a broker in downtown Manhattan. He specializes in co-ops, condos and investment properties in most of the city including many parts of Brooklyn, his former residence for five years. Scott became a proud community member in the West Village over a decade ago. Scott lives and breathes New York and is a consistent volunteer in the neighborhood while adhering to its well-established Bohemian ethos. Scott does know the West Village, building by building, block by block and loves educating buyers on the process and finding their dream home while avoiding pitfalls. He is a lover of great design, beautiful architecture, and New York History. He has transacted in most parts of Manhattan from uptown to downtown and several Brooklyn neighborhoods helping buyers make wise choices in areas they may not have initially considered. Scott is a proud New Yorker, a strong and fiercely loyal advocate for his clients, a dedicated volunteer for the last 15 years year-round at Camp AmeriKids (a non-profit helping kids and teens struggling with HIV), and a respected industry veteran.

His proudest achievements are his loyal and repeat clients and his 20 years of volunteering locally. Prior to NYC, Scott lived in Los Angeles working under a top music producer dealing with A-List artists. He has studied acting and voiceovers for several years in Florida, LA, and NYC. 95% of Scott's business is referrals and generations of the same family have transacted through him, his most humbling validation. Scott is a West Village resident, and a Boston area native with family in NYC and all over the US. His interests include live music, jazz, guitar, technology, film, documentaries, NPR, PBS, and travel. He is also an active member of the Greenwich Village Historical Society, the Christopher Street Park Alliance, The Center, The Charles Street Association, The Elm Project, and was a member of the Big Brother program. Helping build a strong, friendly, safe, and diverse community is of utmost importance to Scotty and he lives by the same values. Respect for the client, ethics, and integrity will always be his guiding principle.