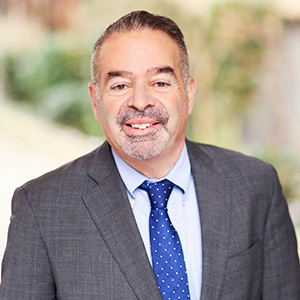 The New School
Masters, Urban Affairs and Policy Analysis 1984 – 1986
About Scott
Scott Klein’s warmth and ability to connect with people around him sets him apart from other top producing brokers in the New York real estate scene. Deeply respected by his clients as well as his peers, Scott’s talent lies in his transparency, experience, and deep regard for the importance a home plays in a person's life. Scott works tirelessly for everyone he represents and finds great satisfaction in advocating for his customers and clients.
A natural leader, Scott runs the highly successful, award-winning Scott Klein Team at Compass, which prides itself on diversity and transparency. Under Scott's guidance, his team shares bidding information with the buyers and sellers alike in multiple offer situations, creating an environment of transparency to help level the playing field. This process works, and the Scott Klein Team has a proven track record of selling properties quickly and for record breaking prices.
Scott’s passion and enthusiasm shine through in his work, inspiring his vast knowledge of neighborhoods, buildings and market variations. “I believe in the product I sell--New York City, and Brooklyn in particular. My goal is to help others be as happy in their home as I am,” says Scott.
A 20-year veteran of the industry, Scott sees real estate as a way to bring people together, and his large client base reinforces his impeccable reputation as an expert in the industry who gets the deal done. Scott Klein understands the monumental importance of buying or selling a home and he does everything possible to make sure that each client is educated and empowered to make intelligent decisions, backed by his superior knowledge and guidance.
Whether assisting buyers or sellers, he and his team offer attentive end-to-end service with integrity and diligence. Prior to real estate, Scott honed his people skills and understanding of the city in roles working in city government and in the nonprofit sector. His grasp of urban policy is especially helpful for buyers and sellers considering how a selected neighborhood might grow and change.
A Queens native, and a Bay Ridge, Brooklyn coop owner after living in Park Slope many years, Scott has lived in three of the five boroughs over the years. An avid world traveler, Scott still cherishes the energy and diversity of New York more than any other place and feels privileged to call Brooklyn home. Scott earned his bachelor's degree from Hamilton College and his master's degree in Urban Affairs and Policy Analysis from the New School. Scott has worked tirelessly in activism and LGBT rights most of his adult life. He is also the former President of Lambda Independent Democrats of Brooklyn.