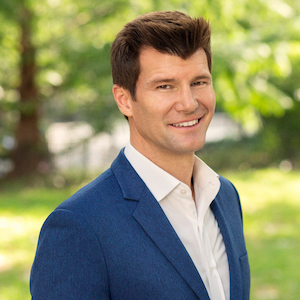 ​ ★★★★★
"Sean helped me sell my apartment and walked me through the process step by step to manage all of my expectations and got me the price I wanted. He responded immediately to all of my emails and phone calls which is very important to me. I know I made the right choice using Sean." - Jon

★★★★★
"I first met Sean in connection with the sale of my co-op in New York City during the height of the Covid lockdown. Despite challenges in the market at that time, Sean was able to negotiate a price above my expectations and he managed the marketing, negotiation and administrative aspects of the transaction in a smooth and efficient way."

★★★★★
"When it was time to purchase my new condo (remotely), Sean was very knowledgeable, accommodating and flexible. He immediately garnered what was important for me in a new home and steered me away from properties that would not have met my needs - saving me time and frustration. Sean helped me negotiate an incredible deal on my new home for which I’m incredibly grateful. Working with Sean was a pleasure and I would never think of buying or selling a property without consulting with him." - Julia

Company record for most transactions in a year at previous brokerage

NYC Real Estate Experts Weigh in on a Unified MLS

Listen to Sean on VoiceAmerica

Gettin’ the Band Back Together- The Hollywood Reporter


About Sean
Sean Attebury has an expansive knowledge of the New York City housing market, making him an invaluable asset to Compass. As a founding member of one of the nation's top-ranked teams by The Wall Street Journal, Real Trends, Sean has been top-ranked for number of transactions and gross commissions. He has been involved in selling out several new development projects throughout the city, including 241 Fifth, 93 Worth, 15 Renwick, One Murray Park, Arris Lots, The Foundry and also specializes in resale properties.
Sean has consistently delivered results for both buyers and sellers, having gained vast experience within the industry after being involved in over 200 real estate transactions. His knowledge of the New York City housing market makes him an invaluable asset in revitalizing sales efforts for new development in transition. By successfully matching unique properties with specific buyers, he has helped to quickly sell the remaining units of several residential projects.
Sean grew up in Northern Virginia and attended George Mason University where he received a Bachelor's Degree in Music. Prior to real estate, Sean had a successful singing career performing on Broadway and around the world. In his spare time, he enjoys competing in triathlons, surfing and paddle boarding competitions. Sean currently resides on the Upper West Side.