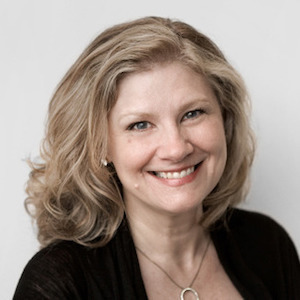 Residential Resales, New Developments, Tribeca
About Sean Murphy
Sean Murphy Turner, has been marketing and selling dramatic lofts, townhouses and some of the most sought-after homes in the most dynamic neighborhoods of Manhattan since 1994 and has been a top broker for 25 years. As a well-respected broker representing buyers and sellers alike in the resale market, both uptown and downtown, Sean has compiled an impressive list of satisfied clients and record-breaking transactions. She is often quoted in the press, and is a fixture in The Real Deal annual "Top Residential Agents" list and was one of a select few listed as a "hot shot broker" by New York Magazine.

In addition to possessing an innate ability to sell the property and close the deal, Sean brings to the table a great skill for conceptualizing a project and devising innovative marketing schemes. Developers look to Sean to assess the viability of new projects and to advise on floorplans, design, amenities and pricing. Her successful Skylofts tag, originally applied at 145 Hudson Street, has been widely copied and can now be found in half a dozen cities across America. She understands the nuances involved in pricing strategy and inventory control and provides a keen understanding of space, design and practical construction considerations. Sean currently leads sales for the luxury condominiums at 570 Broome Street in Hudson Square, The Symon at 76 Schermerhorn in Brooklyn and 62 Wooster Street in SoHo. Previous new developments have included One Vandam a BKSK-designed 25 unit ground-up project in SoHo, 130 West 12th Street, a 42 unit pre-war conversion by Rudin Family Development located in the West Village, The Fischer Mills Building at 62 Beach Street, the Roman and Williams designed 211 Elizabeth Street in Nolita, 147 Waverly Place, 124 Hudson Street and The Skylofts at 145 Hudson Street. The 7,400 SF Skylofts penthouse, which sold and closed for $30,000,000, set a record as the highest price co-op or condominium sale south of 58th Street in Manhattan at it’s time. Sean was also involved with initial concepts, layout, design, pricing strategies and marketing for the Plaza Residences.