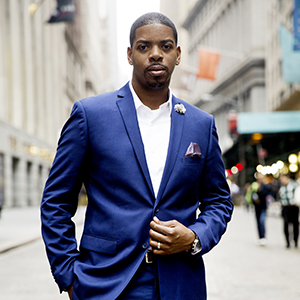 ★★★★★
"Sean Sasso is the quintessence of professionalism in the Real Estate business. His work ethic and dedication are matched only by his integrity and skill. Sean helped my family secure our dream home, navigating a challenging and complex competitive situation on a tight timeline. Sean out-hustles his counterparts and values long-term relationships over short-term opportunities. His market knowledge is unrivaled, and he is honest and direct with his opinions and perspectives. I could not more strongly recommend Sean, as I have to my closest friends." - Ben L.

Professional Associations & Designations
- HGAR: Hudson Gateway Association of Realtors
- NYSAR: New York State Association of Realtors
- REBNY: Real Estate Board of New York
- Board Member: Habitat for Humanity Young Professionals (HYP)
About Sean
Sean Sasso is a true New Yorker. Born in the Bronx, Sean relocated to Westchester in his teens and attended The Harvey School in Katonah.  After studies in Albany, he married an amazing Guyanese-Irish Teacher named Tabitha, and moved to Queens. With nearly two decades of sales experience in New York City, Sean and his family moved to Westchester where he is a co-founder of Coast helping families buy, sell, and develop homes from Brooklyn to Bedford.
Prior to real estate, Sean worked with the world's leading luxury fashion houses: Dolce and Gabbana, Salvatore Ferragamo, John Varvatos, Coach, and Barneys New York in retail and corporate e-commerce sales.
Sean has a big heart for helping others and has served on numerous humanitarian missions to Africa, South America, and Eastern Europe. Back home in New York City, Sean is a board member with Habitat for Humanity Young Professionals group (HYP) and supports The Legacy Center in providing over 1,000 meals per week in Queens