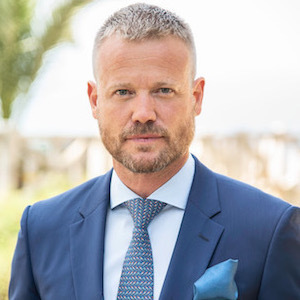 Simon Beardmore hails from Sydney, Australia, and brings with him a deep appreciation for architecture, design and style. Having grown up in a family of Real Estate investors, Simon’s passion for the industry was ignited at an early age. He began his career after arriving in the United States almost three decades ago, initially as an investor, builder and designer. He shifted to sales a few years later, with a personal mission of building long-term relationships with his clients and fellow brokers in the community. Today, his client base is almost entirely referral-based and he is one of the most respected agents in the business, having earned the trust of the community as well as agents all over the country.

Simon’s highly focused aesthetic has been widely recognized as one of the assets that differentiates him from the rest. His track record of proven added value based on his creative vision has consistently increased revenue for his clients on both the buying and selling side. The ability to add real value to his clients, combined with his knowledge of the market, relationships with agents, and commitment to service gives him a definable edge.

As a consistent top producer in Los Angeles, and nationwide, Simon is frequently recognized by the industry in trade publications and press. His homes and personal profile have been featured in the Wall Street Journal, Los Angeles Times, Architectural Digest, Town and Country, Wallpaper, Hollywood Reporter, Bloomberg Report, Angeleno, LA Confidential and Real Trends. Simon is proud to work with high profile clients, but equally inspired about forging new relationships with first time buyers and sellers as they begin their own real estate portfolio.

Simon lives on the Westside with his wife and three children, and is extremely knowledgeable in the area of local schools, youth sports and many other community activities.