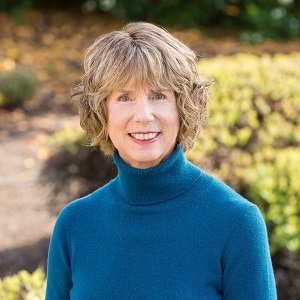 Stephanie Wickham Witt brings a unique combination of historical and cutting-edge experience to the Marin County real estate market. She has been listing and selling homes in Marin since 1989 and has a fourth-generation Mill Valley pedigree. In 1989, Stephanie joined Frank Howard Allen Realtors, achieving top-producer status for both the company and all of Mill Valley, solidifying her induction into the prestigious Hall of Fame. In addition to her top-10 ranking, Stephanie became a member of the President's Circle of Excellence and was named most-referred agent by her peers, showcasing her ability to succeed in all echelons of the business. With her move to in 2005, Stephanie brings with her a wealth of experience, extraordinary level of customer care, integrity, and a top-notch team to add up to unparalleled five-star service and a continually growing list of satisfied clients.

Stephanie attended Park School, Edna Maguire, and Tamalpais High School. After two years at Cal State San Jose, she left school and embarked on her 20-year career in retailing, beginning in Mill Valley, where she rose through the ranks to a management position for a boutique woman’s clothing store.

Her well-rounded and media savvy perspective stems from close to two decades of retail business experience, culminating in owning and operating five tennis shops in Hawaii. She further capitalized on these ventures with her then tennis pro husband, Reed Witt, a Larkspur native and former UCLA tennis team member, by forging a partnership with Wimbledon champion, John Newcombe, to form a full-service tennis resort/tennis shop management company, Newk’s Hawaii.

A true renaissance woman, Stephanie switched gears to pursue six years in the television/entertainment industry, beginning as a location scout in Hawaii and working her way up to producer of several live TV shows with the CBS and NBC affiliates. An associate producer job for the popular series Evening Magazine brought her back to the mainland, where the development of a real estate magazine TV show inspired her to get her real estate license and successfully change careers once again. This third time has proved to be her ultimate charm.

Stephanie’s Marin-Hawaii connection began in the 1970s and 1980s where she lived for approximately 13 years and continues now with her second home at Napili Bay on Maui. Her son Cory was born on Maui.

An active community supporter, she has been part of the following: