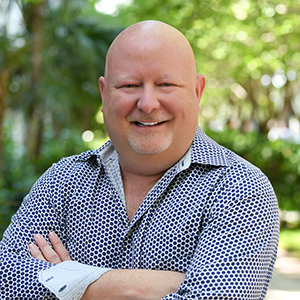 About Todd
Todd began his real estate career in Miami in January 1995. Previously a systems analyst for Exxon, he was transferred from Houston to Miami in May 1992. After a couple of years of visits to every new development sales office and reading every real estate article the Miami Herald could publish, Todd began pursuing his real estate license. After a short period of being systems analyst "by day" and real estate student "by night," Todd earned his real estate license and traded his corporate title for the more personally fulfilling and exciting world of real estate. A couple of years of macaroni and cheese dinners later, Todd's ability to help Buyers and Sellers with their real estate needs began to pay off and eventually formed the team that would become the Nordstrom Network. Today, Todd has formed a network of satisfied customers, preferred vendors, and professional Realtors® whom all work together to fulfill our passion for customer satisfaction.

As for the formal stuff, Todd is a graduate of Trinity University in San Antonio, Texas and was employed by Exxon for over 8 years where he excelled in several roles. In addition to his Florida Real Estate License, Todd's strong belief in personal growth and continuing education keeps him investing in extensive professional development for himself and the team. He currently serves as the Regional Leader for Florida for the country's largest real estate coaching company. He consistently ranks in the top half of 1% of Realtors nationwide in sales volume.