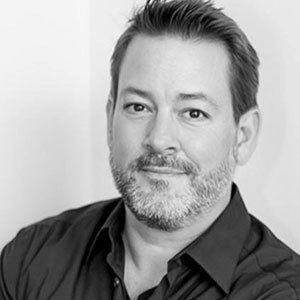 twitter.com/SmithandBergRE
About Trevor
Trevor Edmond is a man of character and purpose—a truth that shines through his actions, whether parenting his two young daughters or serving clients as part of Smith & Berg Partners. In fact, his favorite transaction wasn’t based upon a dividend but rather a relationship, aiding a couple in relocating from New York to Los Angeles and closing escrow the week their first child was due. The hand Trevor has in guiding people to an environment that will serve as the bedrock of their lives is, to him, a remarkable treasure.

As a member of top-producing Compass team Smith & Berg Partners, representing record high volumes of new construction on the Westside, Trevor has developed a command of modern homes and transitional interior/exterior spaces, a product that satisfies his innate eye for style. Under the leadership of Founding Partners F. Ron Smith and David Berg, Trevor sits at the forefront of the Westside real estate scene, from Pacific Palisades to Culver City and beyond.

Having played many roles as a film and TV actor since the age of 12, Trevor thrives on variety, evolving quickly and growing purposefully with each life experience. And while he had surmounting success as an actor in his 20s, he has prepared for and looked forward to his role in real estate since grade school. It wasn’t until he accompanied his wife to a Pacific Union interview in 2013 that he was inspired to take this calling on full time.

"Whatever you can do, or dream you can do, begin it. Boldness has genius, power, and magic in it."

A Southern California lifer, there are few restaurants he hasn’t visited or experiences that he has not had, but on a weekend, you’re sure to find Trevor delighting in his Westside favorites and finding peace within nature alongside his girls—his wife, Melissa and their beautiful children, Leighton and Makena.