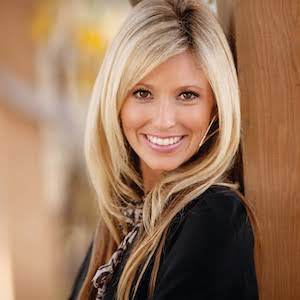 ★★★★★
"Whitney was a true professional and was a delight to do business with. We had a challenging sale and contingent purchase and Whitney's shrewd negotiation skills are what made all the difference. She kept us very well informed and always proved to be on our side throughout the process. She also let me vent to her on a regular basis and we shared several good laughs throughout the sale. I would highly recommend Whitney as she will do whatever it takes to get the deal closed and ensure her clients needs are met. She is the best! Thank you Whitney!" - Heather

★★★★★
"Whitney is THE BEST! She far-surpassed all of our high expectations with the sale of our home and made the entire process extremely smooth and pleasant. Whitney is professional, her real estate knowledge is exceptional, and best of all, she is a wonderful person to work with! We are very fortunate to have had Whitney on our team. She has our highest recommendation!!!" - Jeremiah

★★★★★
"excellent in all ways! We loved that Whitney was patient and very responsive. She knew all of the in's and out's of real estate and kept us educated and informed. Whitney has such a great energy and positive spirit...it's obvious she loves what she does for a living. She represented us well and sold our home quickly for above our asking price! It couldn't have been a better experience!" - Shay

★★★★★
"Whitney worked with my husband and I to find a place in the downtown area of San Diego. She is a professional woman with so much knowledge and passion for her work. She will find what your needs and wants are and narrow them down to find incredible properties to view. Her personality and eagerness to find that "perfect place" for you will put you at ease when choosing a home. Thank you Whitney for your attention to detail and hard work!! " - Anna

★★★★★
"When Whitney sold us our home in Pacific Beach we had a great experience with her. She was available, always willing to go that extra step in making sure we knew what else was out there, and knew the market and area. She was knowledgeable in all aspects of the sale and kept in touch on a regular basis. We would without a doubt use her services if the need ever comes up again. "


​​
About Whitney
Whitney began her career in the rental market and successfully ran her own property management business all while studying and earning her English degree at the University of San Diego. Upon graduation, she decided to jump into the sales side of real estate and was hired at a corporate office of a top brokerage in Del Mar, CA. After a successful first in a struggling market, she won numerous awards in her second .

In 2010, Whitney began handling an investment firm's renovation projects by staging and selling their homes, and decided to move forward in her career with that firm. Not only did she handle in-house projects by helping run the renovations and handling the sale of the finished project, but she also helped other buyers and sellers navigate through the home buying process, all while starting a video marketing campaign. Another company approached her to sell their flips and continue her video marketing, which led to a stint on a local television program discussing the market. That small role led to a more dominant position, and now she is opening the door to other television opportunities all while continuing to be a top producer.