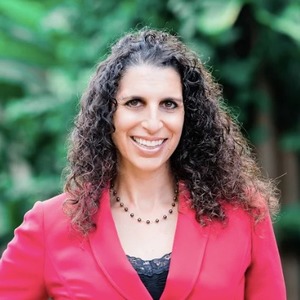 About Yasmin
Deeply knowledgeable and a tireless advocate, Yasmin Saad is driven by no less than your success. Known by friends, family, and clients for her impeccable standards and integrity, Yasmin’s focus and determination are central to her personal philosophy that guides her role as Realtor, as well as mother of two, community volunteer, and competitive athlete.

Born and raised in Omaha, Nebraska, Yasmin was trained as a competitive swimmer from a young age by a coach who specialized in psycho-cybernetics, a practice used extensively with Olympic athletes designed to optimize performance through positive visualization. Yasmin successfully used this methodology to develop her mind and the power of thought, going on to swim for two Division I schools, the University of Miami and the University of Nebraska-Lincoln. Graduating from the University of Nebraska-Lincoln with a degree in journalism, Yasmin joined KETV, Omaha’s ABC affiliate, resolutely working her way up from the newsroom to producer and, ultimately, reporter.

Relocating to Naples in 2003, Yasmin co-founded The Saad Team, which quickly established a leading reputation and track record of achievement. Year after year, The Saad Team earned accolades for exceptional performance, and Yasmin herself has been recognized as one of the top 50 agents in her company, and one of the top 100 agents in MLS. Her service-driven, personalized approach and intense dedication have earned her the loyalty of her clients and the respect of her peers.

Yasmin manages The Saad Team, working closely with clients to understand their buying and selling goals, and endeavoring to create the best possible result with each transaction. Yasmin’s appreciation for detail and unwavering professionalism are equaled by her passion for life and larger-than-life smile that will give you the confidence you desire.

An active participant in her industry, Yasmin is a member of the Naples Area Board of REALTORS® and the Florida Association of Realtors. Personally, she has supported and volunteered with the American Cancer Society Bucket List Bash, Lead The Way Fund, Champions for Learning, and served on The Shelter for Abused Women and Children’s NextGen Committee, District Committee for the Boy Scouts of America and the Hospitality Chairman for Sea Gate Elementary PTO 2013-2019. Currently, Yasmin sits on the board of Naples Pathways Coalition.

Yasmin continues to compete in athletic events. She is the winner of the Naples Fitness Challenge and has completed two Ironman competitions. She lives in Naples with her husband and her two children.