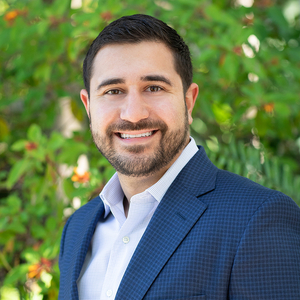 ★★★★★
"Zach is the best real estate agent we have dealt with in over 10 home purchases. He is knowledgeable about the marketplace, responsive, a great negotiator, patient and kind. He listened to our needs and desires and found us a wonderful home and we settled and moved in within 6 weeks of starting our search. As we enjoy our home during this stay at home time we think of Zach often and thank him for his help. Which by the way continued after settlement as he came over and helped get us TV and connected to the internet. Zach made our experience truly enjoyable and easy. He has become family to us"

★★★★★
"We had a fantastic experience with Zach. He went above and beyond our expectations. He's quick to respond, extremely reliable, and made the whole process easy for us. We would highly recommend him!" - David

★★★★★
"This was my first experience buying on my own. Zach did an amazing job, from searching to closing. He has an eye for detail, is very professional, educated and takes great care of his clients. I thought this would be an intimidating experience but he made it so easy. Congratulations, you just found your realtor!" - Marie

★★★★★
"My wife and I have been very lucky in our lives and the luck continued when we met Zach Rosen. We found out quickly Zach gave us all of his attention, 110% before the home purchase and 110% during the process all the way to the last signature. His caring and honesty in giving us direction is so hard to find this day and age. I would recommend Zach we trusted him with our retirement home and our future and he delivered!" - Ken

★★★★★
"Zach was the consummate professional. Every facet of our real estate buying experience was executed meticulously by Zach. Due to our tight schedule and the holidays, much of our home purchase was done remotely. With Zach's help, every question, information request and concern was addressed expediently and completely. Additionally, when asked, Zach referred contacts for other services required that turned out to be of the same high caliber of professionalism. He is everything that you want to successfully accomplish your search and purchase of real estate."

★★★★★
"Zach was recommended to me by a close friend and he exceeded my expectations! I had a very short timeline to find and buy a home. His responsiveness is what made all of that happen in just 7 weeks! I'm very impressed with Zach, his professionalism and knowledge. I would highly recommend him to anyone."

Some people are lucky to find their life’s calling early, and that has certainly been the case for real estate agent Zach Rosen. Starting with an internship under one of Southwest Florida’s top brokers, Zach his first even before graduating from Florida Gulf Coast University with a degree in marketing, and has gone on to close over $50 million of business in less than a decade of full-time practice. A native of Fort Lauderdale, Zach has embraced life in Southwest Florida, calling Bonita Springs home. He maintains membership in the Bonita Springs Estero Association of Realtors, and received that organization’s Golden Bear award for volume of homes in 2015, 2016, and 2017, and the Platinum award in 2018. He has previously been recognized as a rising star in the industry and has achieved status as a top producer.

In Zach, you will find an especially skilled negotiator—putting to good use his twice undefeated state champion debate skills! Recognizing that a real estate transaction of any kind can be an emotional rollercoaster, Zach is motivated by the people he meets, hearing their personal stories and goals. Zach is proud of the relationships he develops with the buyers and sellers he represents, which have earned him dozens of 5-star client testimonials. Zach is equally proactive about utilizing all the technological and marketing resources at his disposal. With award-winning skills, passion, and good humor, Zach will get the job done for you. Personally, Zach prioritizes time spent with family, enjoys staying fit, volunteers in the community, and is a competitive poker player. He appreciates the chance to mentor and work with his peers, and is constantly striving to grow his own expertise.