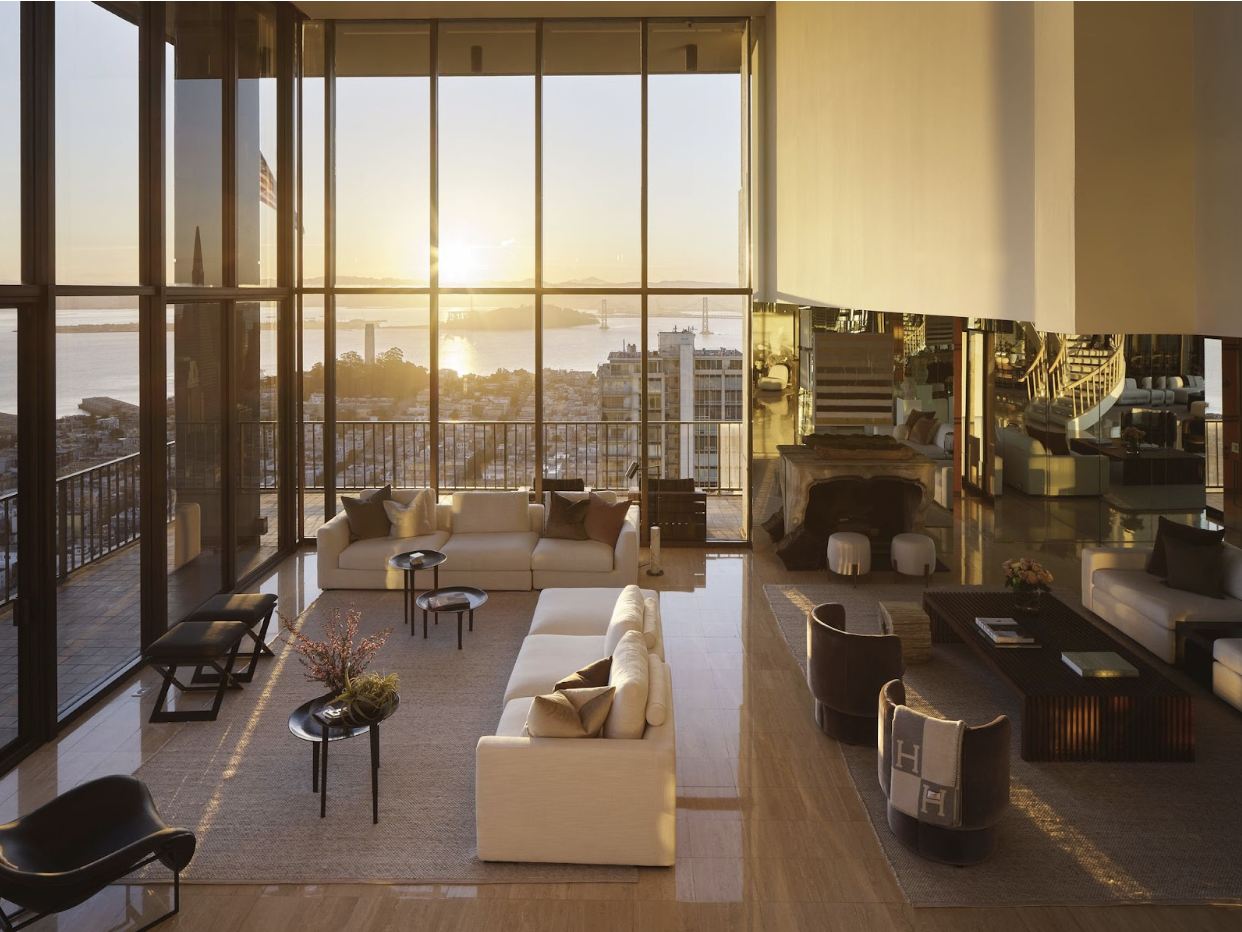 As stated in the Wall Street Journal, the property was the residence of the late George Shultz, former secretary of state, and his late wife, the socialite Charlotte Mailliard Shultz.

The home comprises two adjacent duplex penthouses in the city’s Russian Hill neighborhood spanning roughly 10,400 square feet. According to Compass agents Karen Mendelsohn Gould and Max Armour, the north penthouse is listing for $17 million and the south penthouse is asking for $12 million.

The north penthouse, with three bedrooms and around 5,400 square feet, has a large skylight, two wood-burning fireplaces, two wet bars and a wool-paneled study. The south penthouse is approximately 5,000 square feet with three bedrooms and a large wraparound terrace with views from the Bay Bridge to the Golden Gate Bridge. The units each have dramatic spiral staircases and steel-framed, floor-to-ceiling windows. Read the full article about the home known for entertaining often—and for hundreds of people at a time– at WSJ.