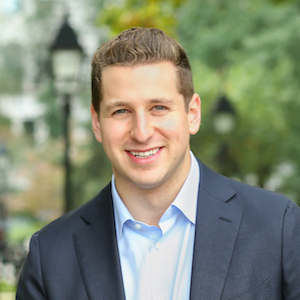 Eric Brown possesses an impressive depth of multi-faceted real estate experience and has earned a long track record of success with buyers, sellers and renters alike.

Known for his proactive, diligent and personal approach, Eric has earned numerous industry awards, including Rookie of the Year (ranking #1 out of approximately 700 agents) from his previous firm, Top Rookie Real Estate Broker in New York State, and is consistently ranking among Top Ten Agents in his office. Eric’s proactive and personal approach has made him a highly sought-after broker.

Specializing in luxury sales and rentals, Eric is known throughout New York City for providing superior service, support, trust, and loyalty. His record-breaking prices in the high-end residential market have led to a reputation as someone who goes above and beyond—every time—to get the job done for his clients. Eric has dramatically increased rent rolls in large buildings across the city, boosting ROI for investors while earning top dollar for sellers. He serves as the exclusive broker for more than 150 rental units within Manhattan, ranging from $2,000/month studios to $40,000+/month penthouse units.

Originally from Fairfield, Connecticut, Eric graduated from Clark University in Massachusetts. He got his start in real estate by investing alongside his family. One of his first investments was the West Village apartment where he currently resides with his Golden Retriever, Charlie Brown.