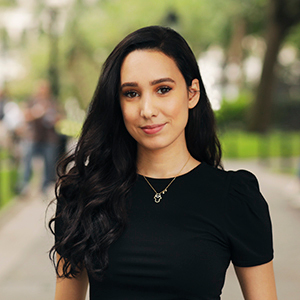 New York City native Laura Kawwa is an integral member of the Young Team Advisory at . Other achievements include $119 million in 2018 transactions and the highest price per square foot accomplished Upper West Side new development to-date in 2018 - the penthouse at 101 West 78th Street.

With an aptitude tactical organization and maintaining grace under pressure, Laura manages the Young Team Advisory's operations. She first joined the team during their new development launch of 101 West 78th Street, and today she coordinates critical sales and leasing details, handles marketing materials and orchestrates all after-sale processes.

Originally from the Bronx, Laura attended high school in Florida and earned a Bachelor of Arts in Sociology with a Minor in Legal Studies from the University of Central Florida. She has since lived in Orlando, Los Angeles, San Francisco, and Houston, and is now a resident of Harlem. Laura volunteers with NY Cares and loves attending live New York sports events.