Alongside Coronado and the Silver Strand, the Point Loma peninsula defines the San Diego Bay, protecting the downtown area from the Pacific’s waves. It’s a hilly and somewhat rugged stretch of land with a divided personality: In the north lies the residential and commercial zones while the south is a protected park and military land. Visitors come for the hiking, surfing, and sunsets, then stay for the laid-back lifestyle. Even though “the Point” is geographically close to the bustle of downtown, it possesses such a surprisingly different sort of atmosphere—like that of a suburban seaside village.
Homes for Sale in Point Loma Peninsula Homes for Rent in Point Loma Peninsula

Point loma
A blend of communities happily stationed on a beautiful seven-mile peninsula that extends into the San Diego Bay.

Perfectly poised between the open ocean and the San Diego Bay, the Point Loma peninsula is one of the most historically significant spots in West Coast history. This is where maritime explorer Juan Rodriguez Cabrillo became the first European to set foot in California in 1542, leading historians to dub the land as “where California began.” Today “the Point” houses a national monument dedicated to Cabrillo, two major military bases, a national cemetery, tons of marinas and yacht clubs, the world-renowned Point Loma Seafood Company, and one of the leading Christian universities in the country, all in addition to plenty of window-filled homes within several distinct residential areas. This is where California began—and it’s been thriving ever since. 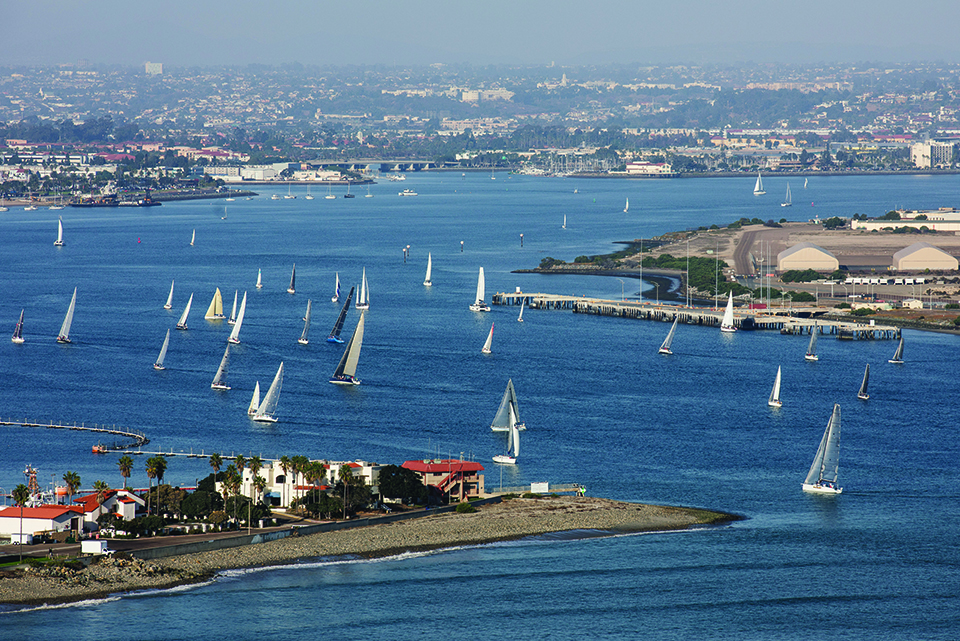 What to expect:
Though just minutes from downtown, this laid-back beach community feels truly suburban.

The residential areas of Point Loma are peppered throughout the peninsula, and concentrated in several distinctive neighborhoods. There’s Point Loma Heights, Loma Portal, the pricy bayside ‘hood of La Playa (including Shelter Island), Wooded Area, upscale Sunset Cliffs, historic Roseville, and the new live-eat-play hub of Liberty Station. But no matter where you land, the entire peninsula feels separate and insulated from San Diego city proper—and that’s just how the residents like it. The streets are quiet, the beaches are uncrowded, the surfing is excellent, and the seafood is plentiful. 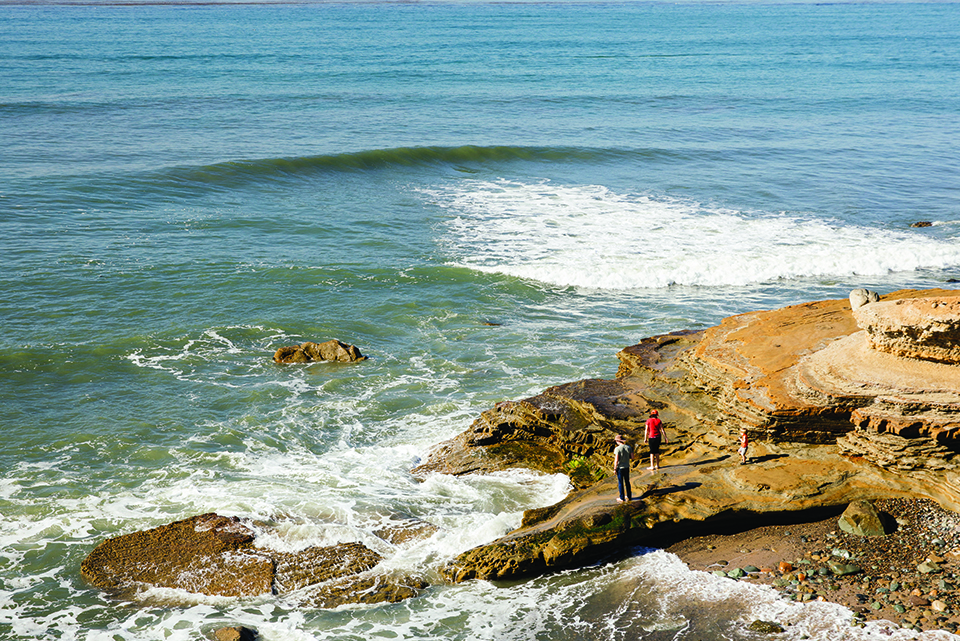 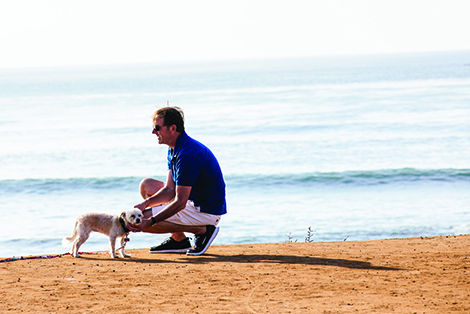 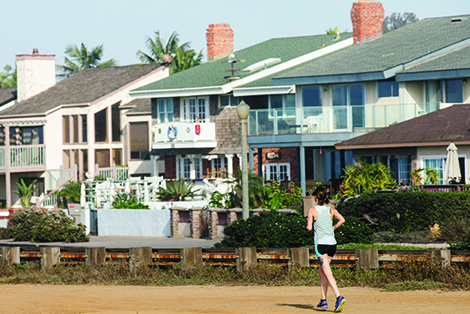 The lifestyle:
Hiking, boating, surfing, and sunsets galore, plus easy access to the airport and downtown.

Point Loma is the epitome of Southern California living, with easy access to just about every outdoor activity the state has on offer. Love boating or fishing? Head to the bay side for yacht clubs, sport fishing cruises, and a bunch of small boat marinas, plus businesses catering to enthusiasts. (You can even nab fresh fish straight off a boat!) Want to catch a wave, sunbathe, or take in a spectacular sunset? Dramatic bluff-edged Sunset Cliffs on the Pacific side is the spot for all three. Like hiking and history? Visit the national park at the southwestern-most tip of the peninsula for some of the area’s most strikingly beautiful trails. And when another kind of escape is necessary, the airport is minutes away, as is all the action of downtown. 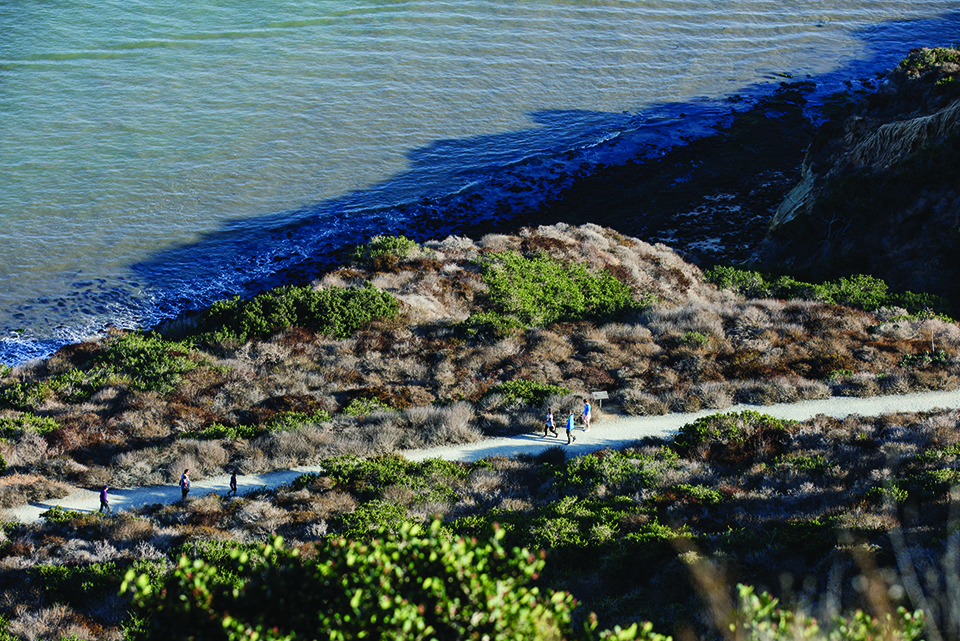 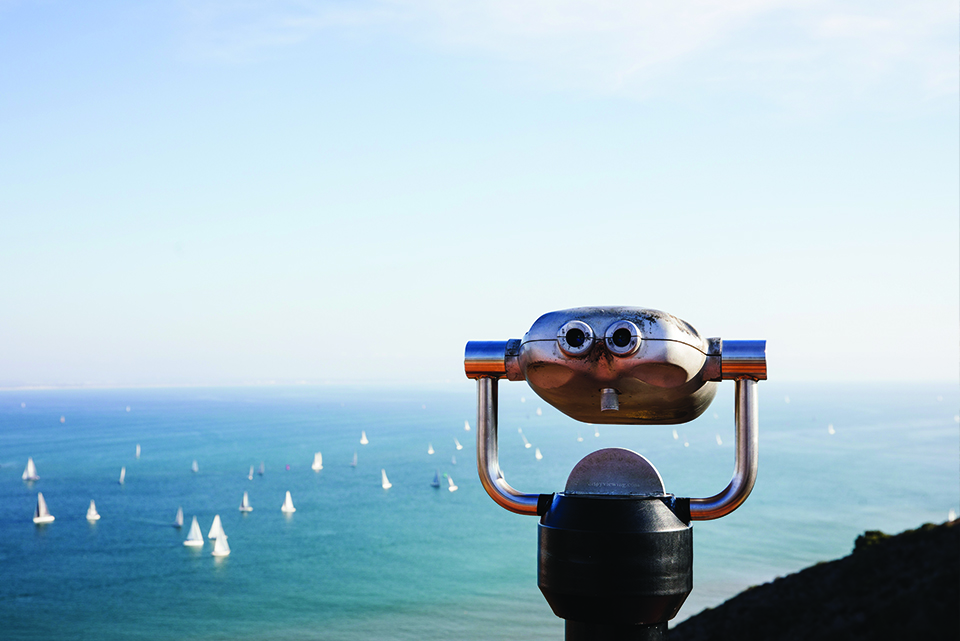 The undisputed “it” spot on the Point is Liberty Public Market, one of the latest additions to Liberty Station—a mixed-use redevelopment of S.D.’s former Naval Training Center. Spanning 25,000-square-feet, LPM houses dozens of artisan vendors offering up everything from locally-procured seafood and old-fashioned butcher services to prepared foods, specialty crafts, and plenty of craft beer and wine. And, just steps from the market lies the rest of the still-expanding Liberty Station waterfront village, with museums, galleries, cafes, shops, dance companies, and other organizations at your fingertips. 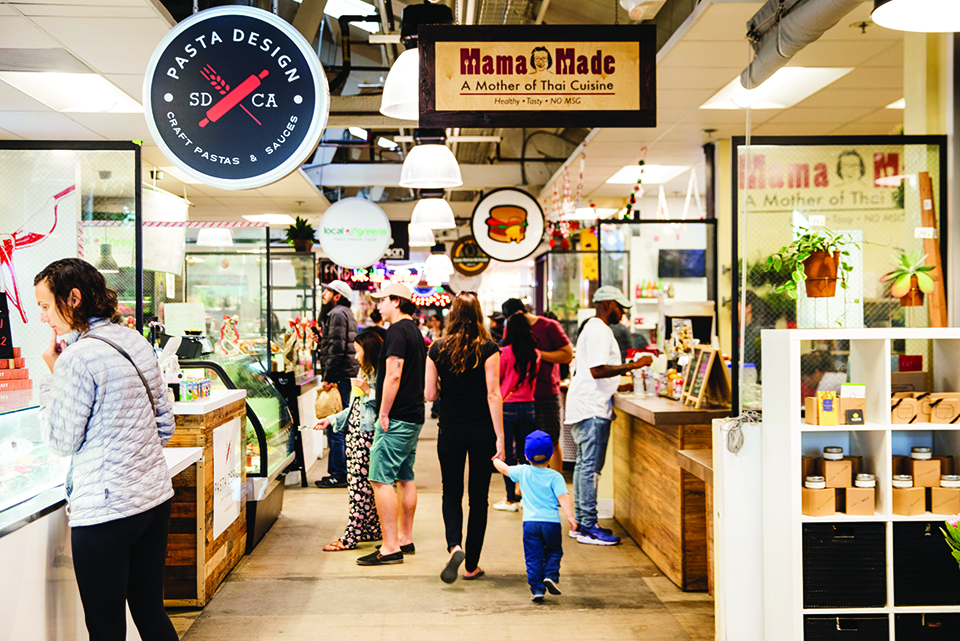 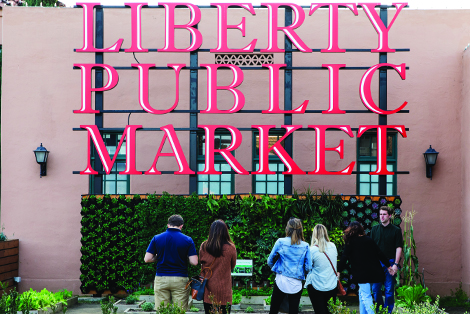 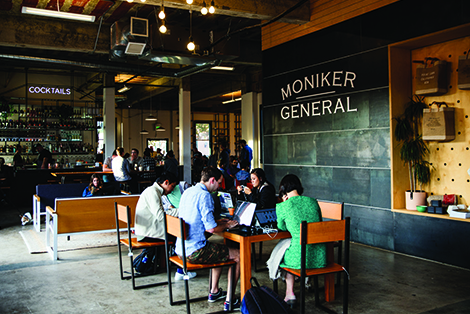 Point Loma’s homes range from modest bungalows to multi-million dollar mansions, plus a scattering of historic homes in styles including California craftsman, mid-century modern, and Spanish and Mission Revival. Some of the priciest and most established estates are found in or near Sunset Cliffs—the best with incredible oceanfront sightlines—and La Playa, where some estates include private boat docking or marina access. Newer residential developments include trendy Liberty Station’s condos, apartments, lofts, and new builds. 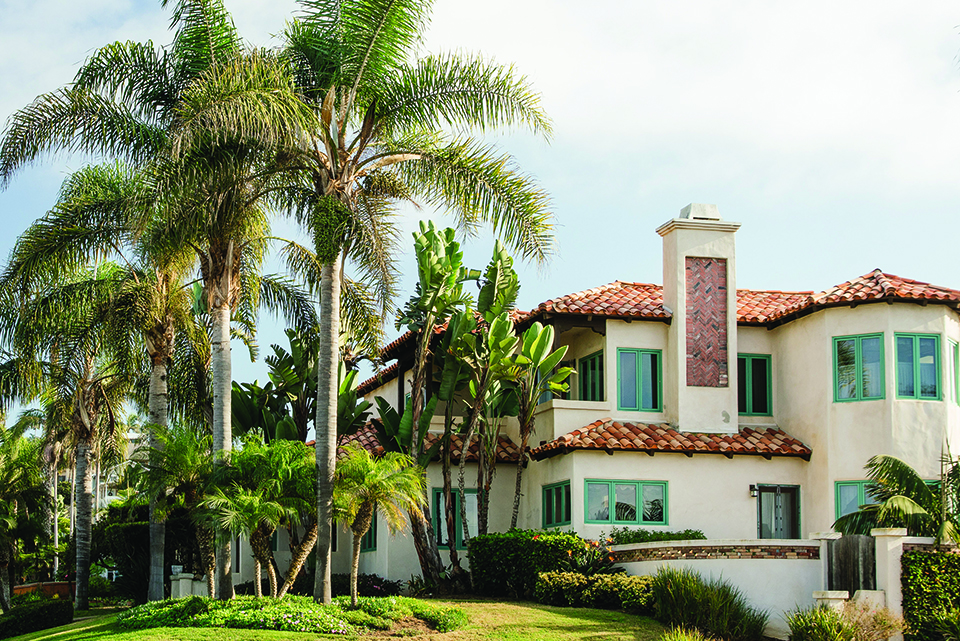 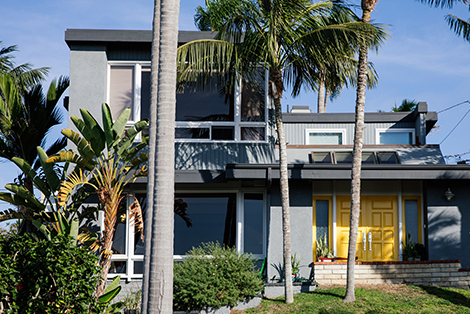 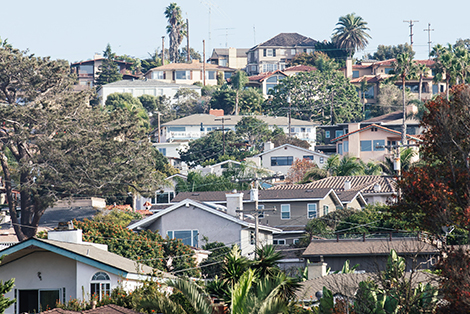 You'll fall in love with:
The ruggedly beautiful southwestern point of Point Loma, home to the Cabrillo National Monument.

In 1542 Juan Rodriguez Cabrillo was the first European to set foot in California, and his landing place was Point Loma. Today, the Cabrillo National Monument commemorates his journey, including a large-scale statue of the man himself overlooking sweeping views of the bay and downtown San Diego skyline. (Bonus: the annual migration of Pacific gray whales can be viewed from here.) While the park’s exhibit describing 16th century sea exploration is fascinating, the carefully preserved natural landscape is the Point’s true treasure. Trails lead through the last coastal sage habitats in the world to some of the best-protected tide pools in Southern California. And then there’s Point Loma’s iconic landmark, Old Point Loma Lighthouse, which is sometimes used to represent the city of San Diego. One of just eight original lighthouses on the West coast, it’s been restored and re-furnished to reflect what life was like in the 1800s. 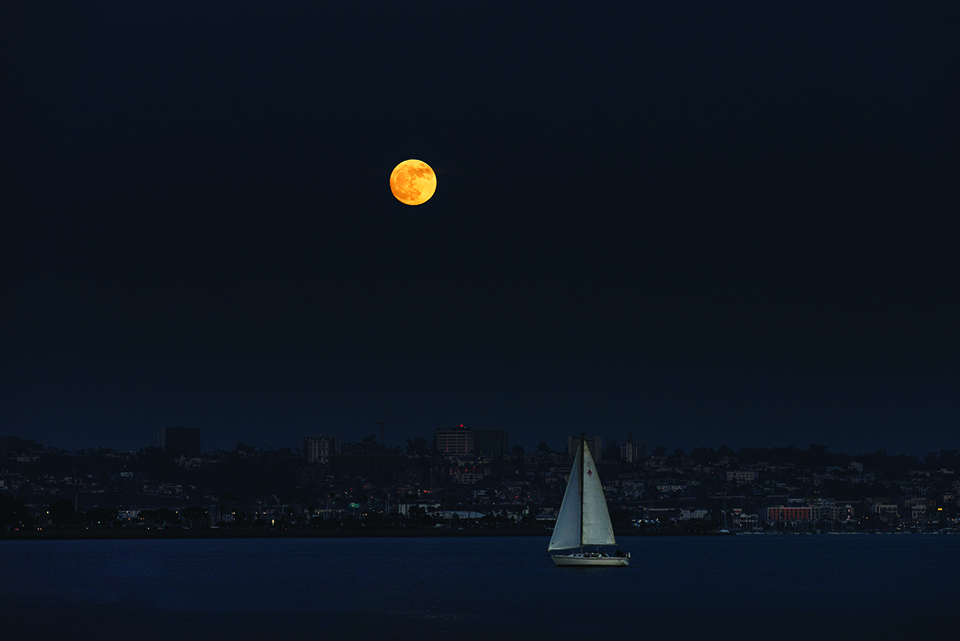